Gastroesophageal Reflux Disease (GERD): How to Get Rid of Acid Reflux 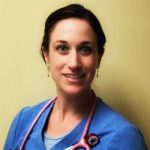 If you’ve ever eaten pizza, chocolate, or potato chips and later felt a burning sensation in your chest, you’ve likely experienced heartburn due to acid reflux. For many people, heartburn is an occasional discomfort, usually triggered by eating certain foods.

For others, heartburn is a frequent and recurring pain that may impact their ability to sleep, breathe, and swallow comfortably. Research suggests that more than 15 million Americans suffer from heartburn daily.

If you experience acid reflux symptoms once a week or more, you may have gastroesophageal reflux disease (GERD), a condition that causes frequent heartburn alongside other symptoms of acid reflux. Around 20% of Americans experience GERD and without treatment, it can cause long-term health complications.

Read on to learn more about the following topics:

Periodic acid reflux is generally caused by overeating, lying down too soon after eating, or consuming specific foods and beverages.

Some foods known to trigger acid reflux symptoms include:

What Is Gastroesophageal Reflux Disease (GERD)?

GERD is a condition in which the esophagus doesn’t function properly and allows acid in the stomach to reflux up into the esophagus.

Normally, when we swallow food a circular band of muscle, the lower esophageal sphincter, at the end of the esophagus opens to allow the food into our stomachs, and then closes tightly afterwards. When this muscle doesn’t close properly or fully after swallowing, it leaves an opening for stomach acid to rise up into the esophagus, causing pain and discomfort. This is called gastroesophageal reflux (GER), or acid reflux, and often manifests as heartburn or indigestion.

When stomach acid flows back into the esophagus repeatedly, it irritates and inflames the lining of the esophagus, causing not only the consistent pain of heartburn symptoms, but potential long-term tissue damage as well.

The primary symptom of GERD is recurring heartburn—an uncomfortable sensation of burning in the chest and/or upper stomach. In some cases, the sensation may radiate into the throat or neck. This sensation is a result of stomach acid causing inflammation and irritation inside of the esophagus. Heartburn may be accompanied by belching, nausea, and other signs of indigestion (dyspepsia). Some people also notice a bitter or sour taste in their mouth, or regurgitation of food or liquid.

If you have GERD, your heartburn may flare up more often at night and after eating, and you may notice that the discomfort worsens when lying down or bending over.

Other symptoms of GERD can include:

How to Diagnose GERD

There are multiple tests your doctor can use to diagnose GERD, though some doctors will diagnose this based only on hearing about your symptoms. Most of these tests are done at a doctor’s office and take less than a day to complete. Two common tests, described below, involve assessing the amount of stomach acid in your esophagus, and examining the inner lining of your esophagus and stomach to check for irritation.

This test is used to measure the amount of acidic and non-acidic reflux that exists in your esophagus over a 24-hour period. For this test, a doctor will insert a catheter through your nose and into your esophagus, with the other end of the catheter attached to a data recording device that you’ll wear near your waist. To keep the cord out of your way, it’s taped to your cheek, fed over one ear, and held in place by a shoulder strap.

Inserting the catheter takes about 10 minutes and once it’s been placed, it shouldn’t disrupt your ability to talk, swallow, and breathe. You’ll be asked to wear this catheter with the data recorder for a full 24 hours and to refrain from bathing and showering during that time. The following day, your doctor will remove the catheter and a gastroenterologist will be able to interpret the data collected by your device.

In this test, your doctor uses a thin, flexible device called an endoscope to look inside your esophagus, stomach, and small intestine. For this procedure, your doctor will gently insert the endoscope, which has a tiny camera attached to the end of it, through your mouth and down your throat to visually examine the inner walls of your esophagus and stomach. You will likely be given pain medicine and/or a sedative beforehand to help you relax and to minimize discomfort. This test can take anywhere from 30 minutes to an hour, though you may be kept at the doctor’s office for a few hours afterwards while any medications and sedatives wear off.

Other tests that may be used to help diagnose GERD include:

For many people with GERD, treatment includes lifestyle changes and over-the-counter medicines to alleviate and reduce symptoms.

You can often treat acid reflux symptoms with over-the-counter antacids, which counteract the acid in the stomach. Two other pharmaceutical options are H2 receptor blocks (such as ranitidine or famotidine) and proton pump inhibitors (such as omeprazole or pantoprazole), both of which decrease the amount of acid your stomach produces.

Along with an over-the-counter medication, GERD can be eased and managed by making lifestyle changes such as:

The foods you eat can have an impact on how often you experience heartburn. Some foods may even help to soothe the symptoms of acid reflux. You may incorporate the following foods into your diet to help manage acid reflux:

In cases where GERD is more serious, further treatment may require prescription medications or surgery. Your doctor will likely prescribe medication first before considering invasive procedures.

Your doctor may prescribe prokinetics or erythromycin, two different types of medications that help to empty the stomach faster, decreasing the likelihood of stomach acid being pushed back up into the esophagus.

If GERD symptoms persist or worsen despite lifestyle changes and prescription medication, your doctor may recommend a surgery called fundoplication. In this surgery, the upper part of the stomach (or fundus) is attached to the bottom of the esophagus to strengthen the opening, preventing acid from rising back up.

How to Prevent Acid Reflux

The best way to prevent acid reflux. If you suffer from frequent heartburn, knowing which foods to avoid can go a long way in decreasing your discomfort.

Avoid foods that have been known to trigger heartburn and other acid reflux symptoms, such as:

You can also increase your consumption of foods that are known to reduce or alleviate acid reflux, including vegetables, ginger, lean meats, healthy fats, and non-citrus fruits.

Just as important as choosing what to eat is managing when you eat—and how much. Overeating can trigger acid reflux, as can lying down too soon after eating a meal. Try not to eat within two hours before going to bed.

Body weight also plays a role. Being overweight puts added pressure on the abdomen and increases the likelihood of acid reflux.

If you are a smoker, reducing or quitting your smoking habit can also help prevent acid reflux.

GERD can occur in people of all ages, though there are some factors that can increase your risk. You may be at higher risk for GERD if you:

If left untreated, the recurring acid reflux caused by GERD may create chronic inflammation and irritation of the inner lining of this esophagus, also called esophagitis. This can lead to long-term health issues or the development of serious conditions.

Complications that can arise from GERD include:

If you suffer from heartburn or other symptoms of acid reflux more than once a week, talk to a doctor to discuss the possibility that you have GERD.

Even with heartburn that occurs just once per week, if the pain is severe, disrupts your sleep, or is causing chronic coughing, it’s a good idea to speak with your doctor about your symptoms. Your doctor may refer you to a gastroenterologist for further examination.

Go to a hospital or seek emergency medical care if you experience intense chest pain, especially if it’s accompanied by shortness of breath, or pain in your arm or jaw—these may be signs of a heart attack. You should also seek emergency care for blood in your vomit or stools or black, tarry stools.

Abdominal pain and chest pain caused by acid reflux can be treated. Did you know you can get affordable primary care with the K Health app? Download K to check your symptoms, explore conditions and treatments, and if needed text with a doctor in minutes. K Health’s AI-powered app is HIPAA compliant and based on 20 years of clinical data.

Dr. Sarah Malka is a board certified emergency medicine physician with K Health. She completed her residency at Harvard Medical School.