Putting a Face to the Dark Cloud: Clinical Depression 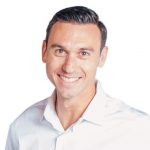 Despite the fact that about 7% of US adults experience depression, the disease is still a mystery for many people in the world. It is complicated for many reasons, most notably because in some households and cultures it’s still taboo to speak directly about mental health issues. While trends in recent years have shown that stigma surrounding mental illness continues to decrease, many people continue to ignore or dismiss the signs and symptoms of depression because it makes them feel like they are “weak,” “damaged goods,” or “less-than” for having a mental illness.

Topics we will explore include:

Clinical depression is a mental disorder that detrimentally affects the thoughts, emotions, and behaviors of the sufferer. This is a severe form of depression with symptoms lasting at least two weeks, but symptoms can frequently last for longer periods of time. It commonly includes low mood for the majority of one’s day. Many people who struggle with depression have repeat episodes of depression throughout their lifetime. However, some individuals only experience a depressive episode once or twice in their lives.

What Are the Different Kinds of Depression?

Not all depression looks the same and in fact, there are several different forms of depression, including persistent depressive disorder (a long-standing, low-grade form of depression), seasonal affective disorder (depression that relates to changes in the seasons), and postpartum depression (a depressive episode that initiates following the birth of a baby). For the sake of clarification, the kind of depression we will address in these articles is major depressive disorder (MDD) or clinical depression. This type of depression is not caused by bereavement or by medical conditions that mimic depression (such as vitamin deficiency or thyroid issues). It is also not to be compared with sadness or “the blues,” which are considered a reasonable short-term emotional response provoked by a somber or stressful event.

Major depressive disorder can occur at any age (including childhood) and across all races and genders. Women between 18-25 and those with mixed heritage have the highest prevalence of clinical depression. The increase in prevalence in women may be due to hormonal changes such as menstruation, pregnancy, and menopause, but also due to non-biological reasons, such as life circumstance and cultural influences (e.g. unequal power and pay, limited access to resources, increased responsibilities, and history of physical, verbal, or sexual abuse).

It’s important to know up front that not everyone who has clinical depression shows obvious signs of being clinically depressed. However, according to the Diagnostic and Statistical Manual of Mental Disorders (DSM-V), the standard mental health handbook developed by expert professionals in the field, there are common signs and symptoms of clinical depression you can watch for, including but not limited to:

It is noteworthy that these symptoms are not cookie-cutter. Some individuals who are suffering from clinical depression may be able to function normally to a limited degree, while others may not be able to get out of bed. Because men are less likely to seek help for their depression or share their experiences, symptoms may be muted, suppressed, or not reported to anyone at all. Additional indicators may include increased anger or agitation, alcohol or substance abuse, and suicidal/homicidal thoughts or actions.

The causes of clinical depression are not straightforward because there are many different variables, competing theories, and still inadequate evidence about the “causes” of depression and most psychiatric conditions. Cognitive behavioral therapy, or the style of therapy that is proven to be most effective for treating depression and other psychological conditions, rests on the idea that negative thoughts (such as “I am worthless and defective”) are the cause of negative feelings (including depressed, “down,” and unhappy). It is a common misconception, according to cognitive behaviorists, to think that it’s the situations and circumstances of life that cause negative emotions when it is actually the negative (and oftentimes unhelpful, unrealistic, or distorted) thoughts about situations and circumstances that cause negative emotional states.

What causes negative and depressed thinking commonly boils down to what makes us human: our biology/genetics (nature) and environment (nurture). Inherited traits from family members as well as the type of environment you grow up in can also result in more susceptibility to negative (and positive) mood states. Hence, if your parents were/are depressed and/or you were raised in an environment that did not promote positivity, you have a higher chance of developing depression.

In the case of biological differences, there is evidence that the brain function of people who suffer from depression is different from those who do not. The limbic system is of particular interest to those studying depression because it’s the system that governs emotional activity, motivation, and stress. Specifically, the hypothalamus, which regulates behavior, thinking, and hormonal functions, seems to play a large role among those with and without depression. An additional brain chemistry theory holds that one experiences depression as a result of low serotonin, a mood-stabilizing neurotransmitter in the brain.

While they don’t cause depression, there are a number of factors that can put you at an increased risk of developing depression. These include:

You do not need to live with depression forever and a variety of effective treatments are available. If the aforementioned symptoms of depression feel very familiar, then it may be time to seek help. Clinical depression is not something you can simply outsmart or run away from. You cannot just wish it better, as it is a serious illness. Acknowledging your depression and getting help does not make you weak. In fact, it is reasonable and a sign of strength that you want to address your ailment when it is not resolving on its own. If you had any other illness or ailment, like cancer, a broken arm, diabetes, or heart disease, wouldn’t you do everything in your power to get treated by a physician and manage the condition to the best of your ability? Depression and other mental illnesses are no different.

If you or someone you know is experiencing thoughts of suicide, it is recommended that you call 911, go to the nearest emergency room, or call the National Suicide Prevention Lifeline at 1-800-273-TALK (8255). If you are feeling depressed and unsure if you should seek help, consider talking to your primary care physician, a loved one, or a friend who you can confide in about what you have been going through. There are a number of treatment options available, including self-help and professional help (which includes therapy and/or psychiatric medications).

We have also created a list of self-help tools for depression, which you may find helpful.

However, I highly encourage seeking professional help for clinical depression under any of the following circumstances:

Mental illness can feel like a scary topic, but it doesn’t have to be. Educating yourself on the symptoms, triggers, self-help options and when to seek treatment can help you prevent a significant episode in the future. Be aware that once you have had a major depressive episode, you are susceptible to having another one—so be diligent in your fight against negative thoughts and seek help when needed.

Anxiety and depression are among the most under-reported and under-treated diseases in America. Nearly 20% of adults in the US suffer from mental health illness and fewer than half receive treatment. Our mission is to increase access to treatment for those suffering in silence.

Dr. Ross Nelson is a licensed clinical psychologist and entrepreneur in Palo Alto, CA. He received his doctorate from the California School of Professional Psychology, and has professional expertise in cognitive behavioral therapy. He has worked in outpatient services at Kaiser Permanente, and as a psychologist for the startup, Crossover Health. Today, Dr. Nelson runs a private practice and is also the founder of Welleo Health. He is passionate about evidence-based therapy and addressing the global mental health crisis.