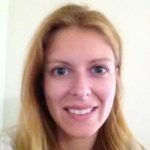 Have you experienced your eyes rolling back or uncontrolled eye movement? Either one can be a frightening experience, but knowing the underlying cause of your eye condition can help you reduce the frequency and intensity of your symptoms.

In this article we’ll explore the following topics:

Eye rolling or uncontrolled eye movement, or nystagmus, is usually caused by an abnormal function in the part of the inner ear (the labyrinth) or brain that regulates eye movement. The labyrinth helps you sense position and movement.

Nystagmus is a condition that results in the eyes making uncontrolled or repetitive movements. It is often accompanied by vision or proprioceptive problems. You may also experience blurry vision and trouble focusing. These movements can happen in one or both eyes, and you may also notice issues with balance. Stress or fatigue can worsen your symptoms.

There are two types of nystagmus:

The causes of nystagmus can range from minor problems with your inner ear to being a sign of another underlying medical issue. Some common causes include:

Other symptoms can include the following:

When diagnosing uncontrolled eye movements, I first perform a thorough physical exam, focusing on the inner ear and nervous system, and take down a complete medical history. If I suspect that a patient has nystagmus, I may refer them to an opthamologist or a neurologist, depending on the initial exam and associated symptoms. Additional testing may include:

One common test to check nystagmus involves spinning a person in circles for approximately 30 seconds, and then stopping and asking them to stare at an object. If nystagmus is present, their eyes will slowly move in one direction before quickly moving the opposite way.

These tests can check to see how the eyes are functioning, and other underlying causes that might be the problem.

In congenital nystagmus, brinzolamide eye drops may help alleviate symptoms. Always check the expiration dates on medications, and be sure to never use expired eye drops or to share eye drops with others, as this may expose you to infection.

Treatments for acquired nystagmus will differ depending on the underlying condition. In some situations, nystagmus gets better on its own over time, while other times it will go away once the root cause is addressed. Certain medications can ease eye rolling symptoms in adults such as baclofen (Lioresal), a muscle relaxant, and onabotulinumtoxina (Botox).

Though not used routinely, surgery can be done to reposition the eye muscles. It isn’t a cure, but it can help reduce the amount that an individual needs to turn their head to see better.

Acupuncture has also been shown to help improve visual function in nystagmus.

Wearing specialized contacts or glasses can sometimes improve visual problems due to nystagmus, as can good lighting, reading large-print books (or increasing the print size on your phone or tablet), or using a magnifying device.

Engaging in activities that promote calmness and relaxation, such as meditation, can also help. With both types of nystagmus, the more generally relaxed a person is, the less severe their symptoms.

Conditions related to nystagmus include:

Risk factors for nystagmus are if you:

Acquired nystagmus is often caused by an underlying medical condition, so you should see a doctor as soon as possible for further evaluation and to initiate appropriate treatment.

If you’re not sure what’s causing your eyes to roll back, talk to a doctor. Did you know you can get affordable primary care with the K Health app? Download K to check your symptoms, explore conditions and treatments, and if needed text with a doctor in minutes. K Health’s AI-powered app is HIPAA compliant and based on 20 years of clinical data.

Dr. Semenovskaya specializes in emergency medicine, and received her medical degree from Weill Cornell Medical College. She is currently the medical director at Remote Emergency Medicine Consulting, LLC and splits her time working clinically as an emergency medicine attending in California and Alaska. She is the first of our doctors to be fluent in Russian.